The scenic sightseeing track train has been well received in recent years, especially the track train which is also called the scenic riding sightseeing train. With the continuous improvement of people’s living standards, the number of people who go out to play is increasing. On rest days and holidays, there are always many people in parks and scenic spots. When tourists are tired of playing, they usually take sightseeing cars, which promotes the development and innovation of the sightseeing car industry. 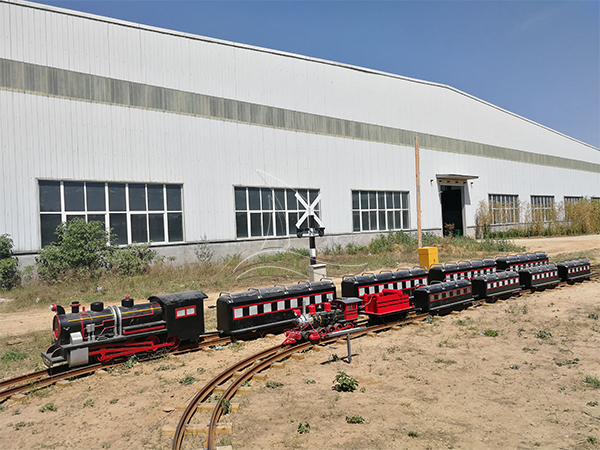 The form of walking or cycling is too slow and not conducive to synchronous viewing, and the use of small trains can achieve good results. In relatively large landscapes, such as the sea of flowers, salt lakes, maple forests, forest, deserts, agricultural landscapes, etc., the track train rides can make people feel different.

The track train is mainly composed of three parts: the railway station, the railway track and the train, and its appearance is admirable. In terms of functions, it can not only emit the whistle like traditional trains, but also emit smoke, which are very popular among tourists. The track train is also very simple to operate, and most scenic spot staff can take up their jobs after proper training. The safety of use is also taken into account in the production and manufacture of small track trains to ensure that the speed of the train meets the relevant safety regulations of the industry.

Is the track train worth introducing? First of all, for the specific quotation, you can consult the Disney amusement equipment, and someone will provide you with a quotation according to your venue, and the whole will be within your acceptable range. As for profitability, according to some existing cases, the return of small track train is still considerable when costs can be effectively controlled. We can set ticket prices according to local conditions to achieve a balance between ticket revenue and tourist flow.

Share:
Prev： How do staff respond to emergencies?
Next： What should we pay attention to when choosing unpowered amusement equipment?